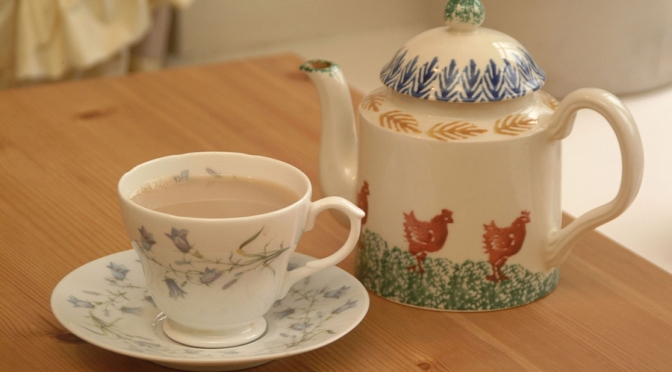 With the mention of a diary today most Londoners would give Samuel Pepys as the most famous of diarists, but this narrative by an obscure civil servant lay undiscovered for nearly 200 years.

The story of the diary’s discovery came from a rather unexpected quarter. In 1812 Scottish historian David Macpherson was researching his prosaic account: The History of European Commerce in India, and for reasons lost over time while working in the Bodleian Library, Magdalen College, Oxford, came across the passage in Pepys’ diary:

And afterwards, I did send for a cup of tee (a China drink), of which I never had drunk before’.

It was the first mention we have in English of anyone drinking a cup of tea.

Today anyone researching life in the 17th century London would do worse than check out this famous (and infamous) diary. But here’s the extraordinary thing, Pepys’ six volumes of dense and secret scribblings had lain untouched for nearly two centuries.

What gave Macpherson the idea of checking out the work in the first place, how in its hundreds of pages did he stumble to the correct entry, let alone managing to crack the code.

Another lucky break was that the Reverend George Neville, Master of Magdalen, saw Macpherson’s passing reference to Pepys’ diaries and decided they needed further investigation, as they recorded some of the momentous times in England’s history.

He commissioned John Smith, a clever but poor student, to decipher the code and transcribe the entries.

It took Smith three years of research to bring us the most celebrated diary in the English language. From that single sentence about an unknown beverage, when everyone was drinking coffee in London’s coffee houses; had Macpherson not mentioned it in his dry account; the Master of Magdalen not taken a keen interest of the History of European Commerce; and had John Smith been less intelligent and not so tenacious, we wouldn’t have Pepys’ detailed account of the coronation of King Charles II, the Great Plague, the Great Fire of London and the minutiae in the life of a middle-class Englishman.