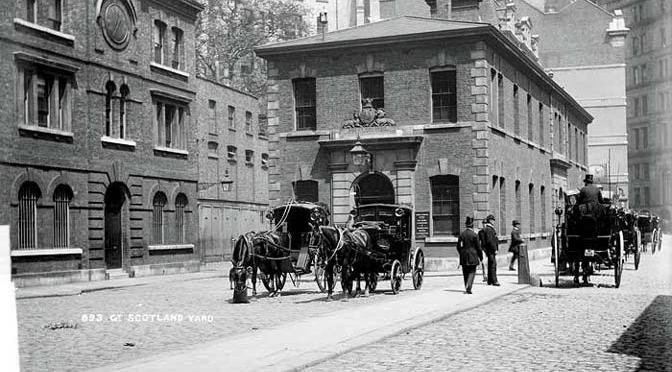 For about 200 years London’s cabs were virtually unregulated apart from limits upon their numbers and from where they could pick up.

It might not come as a surprise to a lot of people that regulation of London’s cabs and its drivers originally was the responsibility of the Stamp Office. Maintaining the city’s pipes, gullies and sewers, as well as the paving of the streets, it was originally funded from the license fees of public vehicles, carts, drays and cabs.

Complaints from owners of the vehicles that drivers couldn’t be traced and the proprietors ended up paying the fines, in 1838 led to all cabbies being registered.

In 1843 control of the cab trade passed from the Stamp Office to the Commissioner of Police, who soon set up the Public Carriage Office, without, of course, taking on the responsibility of the sewers. They had enough crap to deal with.

The regulations were then passed to the Metropolitan Police in 1850 and were undertaken by the Public Carriage Office, which was originally located in an annexe to New Scotland Yard in Whitehall called ‘The Bungalow’.

In 1869 an Act of Parliament gave the Commissioner of Police authority to regulate how the carriages were to be fitted and furnished, and importantly the number of persons allowed to be carried.

The Carriage Office moved to 109 Lambeth Road in 1919, an old Edwardian building where you walked down an ancient cast-iron spiral staircase for your appearance in the examiner’s office known, unsurprisingly as the ‘snake pit’ or ‘dungeon’.

In 1966 the Public Carriage Office moved to a post-war white-clad Brutalist building at 15 Penton Street, Islington.

On the 1st January, 2000 administration of the Public Carriage Office passed from the Metropolitan Police to Transport for London.

Then in 2010 the Public Carriage Office was renamed and given the catchy title ‘The London Taxi and Private Hire Licensing Authority’ and re-located to the Palestra House at 197 Blackfriars Road.

Featured image: Public Carriage Office, Great Scotland Yard by Leonard Bentley (CC BY-SA 2.0) The building with the Hansom Cabs and Growlers parked outside is the Public Carriage Office built in the early 1870s and standing in Great Scotland Yard. You can see why Scotland Yard was called a yard because of the large amount of space. The building was demolished to make way for GSY Stables and the Central London Recruiting office in 1910/1911, which made GSY into just another street.

If you look to the right of the Public Carriage Office in the distance you can see the pub sign of The Rising Sun. The pub was extensively damaged in May 1884 by a Fenian bomb which was placed in a public Urinal situated on the corner of the Public Carriage office building adjacent to the pub; several other bombs were placed around Central London at the same time including one which was placed at the foot of Nelson’s Column which was defused. In 1973 an IRA car bomb was placed in GSY which subsequently exploded, if nothing else the IRA have a great sense of History. Behind the pub is a Fire Station built in 1883 and subsequently closed in the early 1920s, it is now the Civil Service Club.

3 thoughts on “A potted history of the Public Carriage Office”