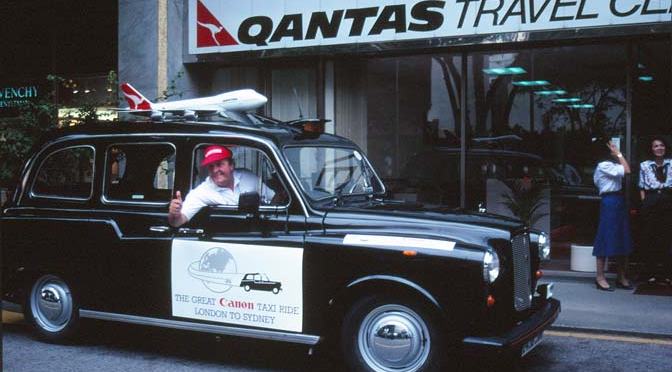 That was until a request from Adelaide arrived in my inbox

A competition was held in London and Sydney to select a cabbie from each country, with a new Fairway cab donated by Manganese Bronze with the aim of raising money for children’s charities by driving from London to Sydney. Guy Smith was selected in London and Kanelli Tsiros selected in Sydney.

On 27th October 1988 London cabbie, Guy Smith and Kanelli Tsiros arrived outside the Sydney Opera House after completing a 14,148-mile journey which had started outside Buckingham Palace on 19th August. 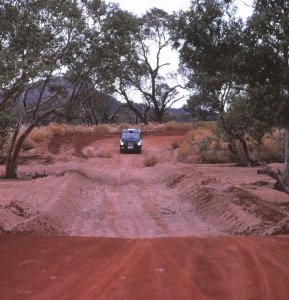 Driving a black cab (with two meters running, one calibrated for London cabs, the other calibrated for Sydney’s cabs ) they travelled through Europe, Turkey, Iran, Pakistan, India, Thailand, Malaysia and Singapore before crossing into Australia. 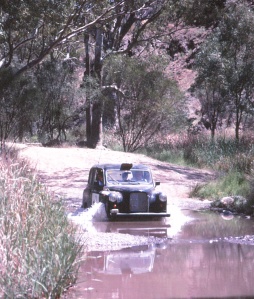 The 69-day odyssey titled the Canon Great Taxi Ride propelled them into the record books, the pair had been visited by Prime Ministers, seen the Taj Mahal and had 59-year-old Guy claiming to have had half an elephant as a passenger, which sounds a fair description of some of my customers. 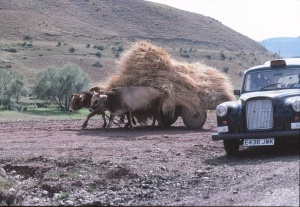 The whole trip was the brainchild of John Morgan, a Welshman living in Sydney. He first had the idea in 1968 while watching the London to Sydney marathon cars leaving the UK. He had to wait until 1987/8 to make it happen. The journey had been timed to coincide with Australia’s bicentenary, it was at the time, the longest and most expensive London cab ride in history, having raised AS$320,000 for children’s charities, with the sponsors having to guess the final metered fare.

The cab is still in Australia (clearly Guy had no intention of driving home after the job) and although the trek was recorded on celluloid at the time, plans are now for a new film to be made to feature at Australia’s National Motor Museum. 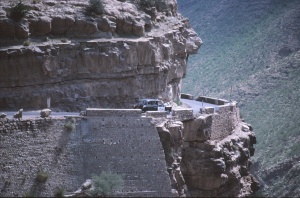 The purpose of the email was to try and contact Guy Smith or anyone with knowledge of his achievement, so if anyone can shine a light on this journey over 30 years ago, please contact me.

And the final fare? A$53,346, with the London final price,  double the Aussie amount!

©All images courtesy of Mike Bennett who is working on a plan to put the cab and the film of the journey on display in the Australian National Motor Museum.