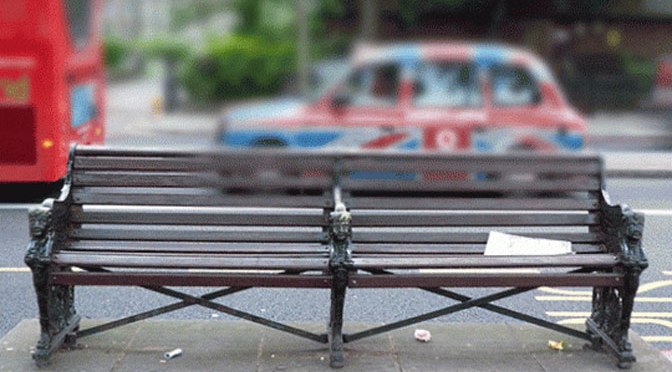 The ‘baby-boomers’ among you will recall the name, Bismarck. At the beginning of World War II, it was the name of the most powerful battleship in the world. In 1960 the film Sink the Bismarck starring Kenneth More was released and became for many the defining account of naval battles.

The ship was named after Otto Eduard Leopold, Prince of Bismarck, Duke of Lauenburg, known as Otto von Bismarck.

It was he who was instrumental in unifying Germany in the second half of the 19th century. In 1885, as Germany’s Chancellor, he came to England on a state visit, and having expressed an interest in English ale he was taken to the now forgotten Barclay Brewery in Southwark.

Naturally, at the end of the tour, eager to prove English beer was the equal of the German variety, he was asked if he would like to partake a ‘drop’ of the company’s strongest brew.

A delighted Bismarck was given a half-flagon full of their finest. Etiquette demanded that the visitor would take just a sip and hand the flagon back.

Somehow the courtesy was lost in translation and Bismarck emptied the half-flagon. The manager, probably to hide his embarrassment, commentated to the Chancellor that very few men had ever drunk two half-gallon tankards. In true Germanic tradition, Bismarck proved them wrong by insisting on a refill and proceeded to down the second.

After leaving the brewery his carriage was passing over Westminster Bridge, when one of Europe’s most powerful men ordered his vehicle to stop, alighted and promptly lurched towards a bench. Giving instructions to be woken an hour fell into a deep sleep as senior members of the Foreign Office waited patiently for the slumbering Chancellor to awake.

On the hour he awoke, refreshed and continued his State visit unperturbed.

Alas, the bench opposite Boudica’s statue has been removed and lost, but Scottish brewers BrewDog have risen to the occasion admirably.

Sink The Bismarck is believed to be the strongest beer in the world with a 41 per cent alcohol content and costing £55 for a 330ml bottle. I would like to see the current Chancellor knock that back.