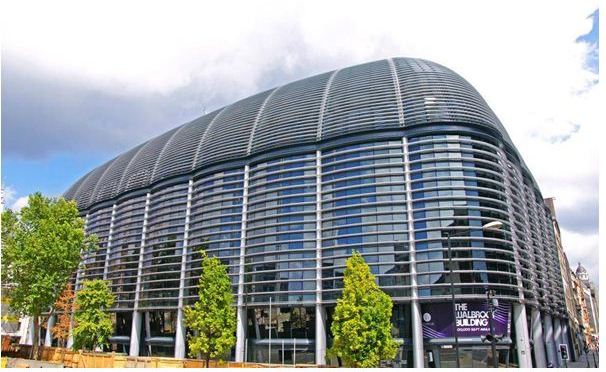 When learning The Knowledge some days remain etched in your memory forever. One such day for me was when I went to find a ‘point’ – London Stone – note it is not a definite article, even though it patently is.

I searched Cannon Street looking to find a clue to the elusive stone, up the sides of buildings, perched high up on a roof, inside the station, until I tracked down my quarry.

[T]HERE BEHIND A HIDEOUS GRILL attached to a scruffy 1960’s office was one of London’s oldest landmarks, known to have been in the City since 1198.

It is an unprepossessing piece of Clipston limestone or oolite. With its round-shouldered top and twin grooves, measuring about 18 inches across if found in a field, one would ignore it. Legend says that this small stone is linked to the destiny of our capital city, hence its Grade II listing.

Minerva the company who was developing the site wished to move this rare artefact. The name of the company is taken from the Roman goddess of wisdom, but in this instance, concerning a rare Roman piece of history not a lot of wisdom is being demonstrated, it’s just convenient for Minerva as they wanted to move the artefact a few doors down the street to the Walbrook Building.

The Walbrook Building, one of the City’s newer office blocks designed by Foster and Partners’, looks like a metal armadillo, a very modern building but with few heritage nods at ground level. Two of the metal struts planted firmly into Cannon Street incorporate small black plaques that once marked former ward boundaries. They look a bit incongruous, to be frank, but at least they’re still on site rather than scrapped and dumped elsewhere.

The plan was to relocate London Stone to the front elevation of the Walbrook Building and a special display case built to contain the legendary lump of rock. One of the existing grey panels was to be replaced by a laminated glass wall, and the stone placed inside on an etched mild steel plinth. And the grille coming too, given a less prominent position beneath, plus the metal plaque that currently sits on top of them all.

The Stone has had a chequered history. It was referenced in Shakespeare’s Henry VI Part 2, but by the 18th Century, it was known more like a traffic hazard. The Stone was moved back and forth across Cannon Street and eventually ended up in St. Swithin’s Church, until the building was bombed in World War II. Since the early 1960s, the Stone has been housed at street level in an office building, opposite Cannon Street Station, so it certainly has led a life of travel.

Old enough to remember the original Olympics in Rome, should this piece of stone be now relocated behind glass, as if it was a museum exhibit, in one of the most modern buildings of London, divorced from the everyday fabric of the city?