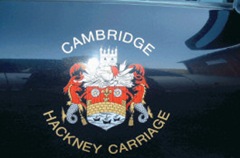 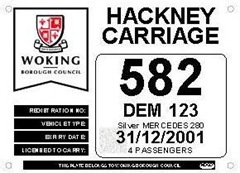 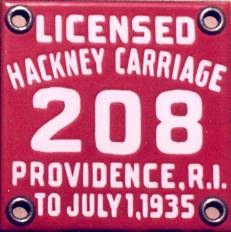 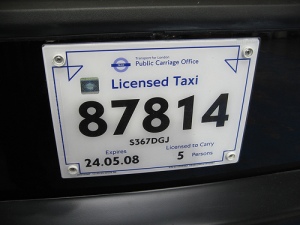 [H]ackney, this impoverished region of east London, was probably unknown to most of the world before the Olympic Games Committee decided its marshes would make a rather splendid place to hold the next Games.

The term Hackney Carriage is used the world over to describe a vehicle for hire, but first things first, Hackney [pronounced AK-ni] is now a fashionable place to reside, just don’t, I repeat don’t, call it Hackney, the locals will take you for an out-of-town plonker.

In medieval England Hackney was just a small village north-east of the City, on the west side of the River Lea, but separated from it by a large area of marshland where they are now constructing the Olympic Village. The countryside was pleasant, open, good-quality grassland, which became famous for the horses bred and pastured there. These were riding horses, ‘ambling horses’, as opposed to war horses or draught horses. Hence hackney became the standard term for a horse used for riding in industrial or domestic work. These horses were also made available for hire, and so the word also came to refer, about the end of the fourteenth century, to any horse that was intended to be hired out.

Later still, the emphasis of the word shifted from ‘horse’ to ‘hire’, and it was used for any passenger vehicle similarly available, especially the hackney coach or hackney carriage. This last term of course became the usual one for a vehicle that could be hired, today’s London black taxis, with not a horse in sight, are still formally referred to by that name.

In the nature of things that are hired out to all and sundry, these horses of the hackney type were often worked heavily, so the word evolved in parallel with the previous sense to refer figuratively to something that was overused to the point of drudgery.

By the middle of the sixteenth century, hackney was being applied to people in just this sense, and was abbreviated about the start of the eighteenth century to hack, as in hack work; it was applied in particular to literary drudges who dashed off poor-quality writing to order, hence its modern pejorative application to journalists and now I suppose to the world of blogging.

Hackney horses were also widely available and commonly seen, to the extent that they became commonplace and unremarkable. So yet another sense evolved for something used so frequently and indiscriminately as to have lost its freshness and interest, hence something stale, unoriginal or trite. The adjective hackneyed communicated this idea from about the middle of the eighteenth century on.

By the way, it was thought at one time that this whole set of words derived from the French haquenée, an ambling horse. The first edition of the Oxford English Dictionary considered this to be so, but modern writers are sure that the French term was actually borrowed from the English place name, so great was the reputation of Hackney’s horses even in medieval times.

With a ladder and some glasses

You could see the Hackney Marshes,

If it wasn’t for the houses in between.

Mr Briggs' Hat: A Sensational Account of Britain's First Railway Murder by Kate Colquhoun In July 1864, Thomas Briggs was travelling home after visiting his niece, entering a first class carriage on the 9.45pm Hackney service of the North London railway. At Hackney, two bank clerks entered the carriage and discovered blood in the seat cushions; also on the floor, windows and sides of the carriage. A bloodstained hat was found on the seat along with a broken link from a watch chain. The race to identify the killer and catch him as he flees on a boat to America was eagerly followed by citizens both sides of the Atlantic.