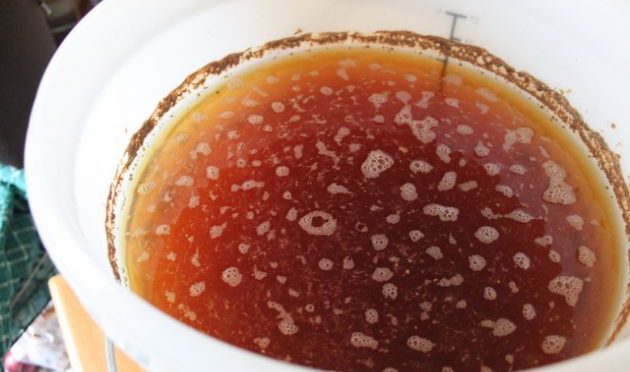 Once was the time that every Londoner knew who Doctor Butler was, and the alleged restorative properties of his famous brew.

Such was his fame a number of London pubs carried his name. Alas all but one
have gone or become a generic pub/restaurant.

The last survivor to carry his name is to be found in Mason’s Avenue in The City.

[T]he surviving establishment has a good reputation according to Fancy a Pint who give it four-stars which would not be the case if the hostelry still served up the good doctor’s celebrated ’purging ale’.

’Doctor’ Butler had no medical qualifications, but that didn’t stop him selling an evil concoction of laxatives that included senna, liquorice and scurvy grass (a type of cabbage) all mixed in a strong ale and allowed to ferment for three days.

First produced in 1616 the brew laid claim to treat all manner of maladies:

An excellent stomach drink, it helps digestion and dissolves congealed phlegm upon the lungs and is therefore good against colds, coughs, phthisical and consumptive distempers, and being drunk in the evening it moderately fortifies nature, causeth good rest and hugely corroborates the brain and memory.

With medical science in its infancy King James, when suffering from sciatica reached for a jug of the doctor’s purgative concoction. Its powerful effects took the King’s mind off his original ailment, and when he emerged from his House of Ease awarded Butler a position in court as his physician.

The success with the King’s bad back encouraged Butler to branch out offering clients the benefit of his expertise. Epilepsy was cured by firing a brace of pistols near the unsuspecting patients face – thus scaring the malady enough to leave its host.

The current incumbents practising in Harley Street might be pleased to discover that should plague return to London, plunging one’s patient into
ice cold water effects a cure.

But should that prove unsuccessful an alternative treatment is to drop the infected patient through a trapdoor on London Bridge allowing them to fall
into the Thames.

Doctor Butler’s Medicinal Ale was sold across London from taverns displaying Doctor Butler’s Head on their signs. Remarkably it was available long after his death – he presumably declined the ale’s medicinal benefits upon his own death bed.