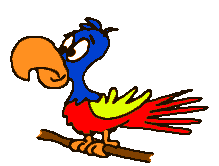 This time of year many are nervously in the throes of examinations fever. It’s an annual ritual performed for generations. Today with nothing better I can think to write about I’ll return to being examined while studying ‘The Knowledge’. Unlike tests set by examining boards it was a rather fluid system with each Carriage Officer putting their own – and unique – interpretation on how the process should be conducted.

[U]ntil recently all appearances [exams] were held on a one-to-one oral confrontation with examiners putting their quirky slant on how the process should be conducted. A favourite ploy to test the mettle of candidates was to adopt the old practice of good cop/bad cop – well they were ex-police. Mr. Lippitt would be civility itself “Is your father in the trade?”/”Have you come far?” before giving you some apparently easy questions. Mr Ormes, his nemesis, would say on a subsequent appearance that your previous answers, with the implication that the questions were easy, were not up to his high standard.

John Mason Head of Transport for London’s Taxi and Private Hire recalls that examiners would place the chair in the appearance room facing the wrong direction so that the candidate was facing the wall and not the examiner, and would give an automatic fail to the student who dared to turn the chair around. I once was reprimanded for moving the chair closer to his desk when finding it positioned in the opposite corner of the room.

At an appearance you are given places in London [points] that you have to identify their exact location, if you give the correct answer you are invited to describe, road by road, the shortest route to be taken from one to the other. Dean Warrington who runs the WizAnn Knowledge School remembers one examiner who decided the start and end points of his questions by throwing darts into a map. Should the student feel this was unfair he would offer to let them throw the darts instead.

Another ploy was to be seemingly engrossed in some urgent paperwork leaving the hapless student waiting sweating wondering when (and what) the first question would be. As an alternative to that Robert Lordon recalls at View from the Mirror being asked a question in the corridor before even entering his office and on another occasion the examiner – Mr Ormes – walking so slow that he walked into his back and having to apologise for treading on his heels. The opposite would be the order of the day for Mr Price who one student recalls as putting his feet on the desk and proceeding to read a copy of The Sun.

A BBC Modern Times documentary focused on the climate of fear created by the examiners. And the most feared of all examiners was the aforementioned Mr Ormes who had a life size toy parrot sitting on its perch in his office. It was the stuff of legend that if the parrot was facing you Mr Ormes was in a bad mood. He was a lugubrious character with a bone-dry delivery, and in the documentary was seen asking one nervous candidate with a criminal record how to get to the Penal Reform Society.

He looked and sounded like a copper who had seen it all and didn’t believe your story. He once asked me The Adelphi Building to The Royal Society of Arts. When I queried that they were opposite each other on John Adam Street he replied: “It’s raining, I’m pregnant and I’ve got a wooden leg”.

When a Knowledge boy left his office he wouldn’t even remember his own name – a truly terrifying experience. “You can smell if people have what is needed”, Mr Ormes would say.

When I left Mr Ormes that day I couldn’t recall which way the parrot was facing either. Now the parrot has retired and now resides at another cabbie seat of learning the Knowledge Point School.

Abandoned London: Discover the hidden secrets of the city in photographs By Katie Wignall This, the first book from one of London's most knowledgeable tour guides, is a coffee table tome showing dilapidated London: Disused stations on the Underground to the immense, ornate Victorian sewers and waterworks, from crumbling but beautiful Art Deco cinemas and empty swimming pools to ruined mansions and overgrown cemeteries, Abandoned London celebrates haunting remnants from a time gone by.